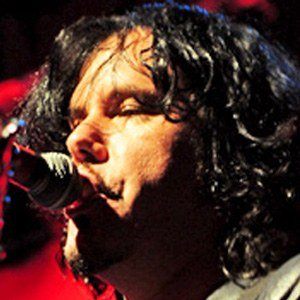 Canadian guitarist and singer-songwriter who fronted the blues and rock band The Tea Party and later pursued a solo career.

He was previously in the bands The Shadows, Modern Movement, and The Stickmen.

He and his second wife, Nicole, had a child together named Django James Patrick in 2004.

He was influenced by Jimmy Page.

Jeff Martin Is A Member Of