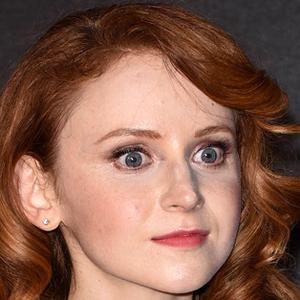 Irish actress who has made a name for herself with roles in films like and 2015's Brooklyn and 2016's Fantastic Beasts and Where to Find Them. She has had recurring roles on shows like Truckers and The Fades.

She made her screen acting debut on an episode of the series The Clinic in 2008.

For her performance in the horror film Dorothy Mills, she was nominated for Best Actress in a Lead Role at the 6th Annual Irish Film and Television Awards.

Her father gifted her with the novel Brooklyn before she starred in the film adaptation of it.

She co-starred with Eddie Redmayne in Fantastic Beasts and Where to Find Them.

Jenn Murray Is A Member Of