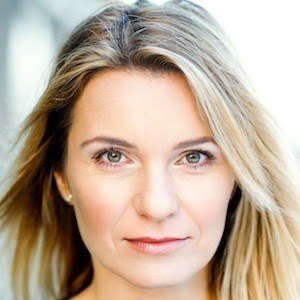 Most Popular#78345
Born in Clydebank, Scotland#3
Actress Born in Scotland#34

British musical theatre actress who is prominently known for her portrayal of Meatloaf and Scaramouche in the West End production of the Queen-inspired musical We Will Rock You. She has also trained and performed in a number of pantomime shows, including as the titular character in Peter Pan.

She began her time working on We Will Rock You on London's West End in 2002 as an understudy. She began her performances as the principal Scaramouche in January 2006.

In 2005, she finished as the runner-up in the Voice of Musical Theater competition in London, which she completed with no formation vocal training. In 2012, she was cast in the touring company of the musical Street of Dreams, which was based off of the hit British soap opera Coronation Street.

She was born and raised in Clydebank, Scotland.

Her character in Street of Dreams, Beck McDonald, was originally played on Coronation Street by Katherine Kelly.

Most Popular#78345
Born in Clydebank, Scotland#3
Actress Born in Scotland#34

Jenna Lee James Is A Member Of