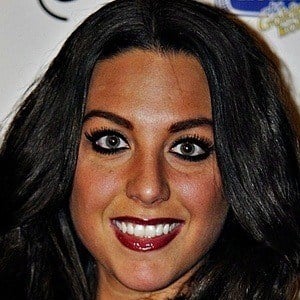 Oxygen network reality show personality from the eighth season of Bad Girls Club, which took place in Las Vegas. She was eventually replaced by Elease Donovan.

She left home during her final year of high school and was able to find a way to put herself through college.

She earned the nickname of The Naughty New Yorker.

She is from the Bronx, New York and is of Italian and Hungarian descent.

She starred in the same season of Bad Girls Club as Gabrielle Victor.

Jenna Russo Is A Member Of