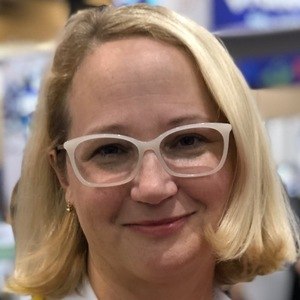 Author known for her children's books, primarily the award-winning Babymouse series. She also wrote the Boston Jane, The Stink Files, and Squish series and has often collaborated with her brother, who works as an illustrator.

She attended Dickinson College and worked in television after graduating. She published her first book, Our Only May Amelia, in 1999.

Our Only May Amelia, Penny From Heaven, and Turtle in Paradise all received Newbery Honors. She also won an Eisner Award for Babymouse for President.

She and her husband Jonathan Hamel have two children. Including Matthew, who helps her illustrate, she has four brothers.

She and Jacqueline Woodson have both received multiple Newbery Honors.

Jennifer L. Holm Is A Member Of