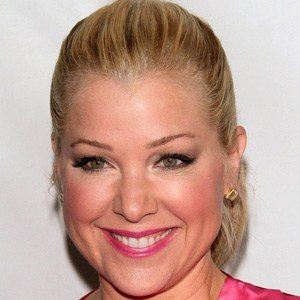 American actress who has appeared on Glee as Kendra Giardi and as Daphne Jablonsky on Party of Five. She played the character Julie in the 2012 TV movie Girl Vs. Monster.

Playing guest starring roles since 1995 when her career began in shows such as Beverly Hills, 90210 and Married... with Children, she made her film debuts only one year later in A Very Brady Sequel and Sometimes They Come Back... Again.

She married David O'Donnell in 2006 and adopted a daughter named Charlotte Sofia in 2012.

She played Cindy in the 2007 comedy Mr. Woodcock, which featured funny man Seann William Scott in a supporting role.