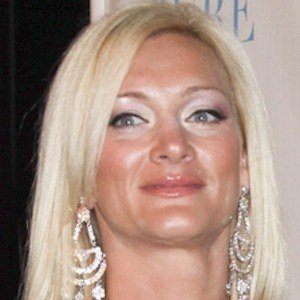 Known as the wife of famed WWF/WWE wrestling icon Hulk Hogan. The couple married in December 2010 after dating for two years.

She began dating her husband in 2008 shortly following his separation via divorce filing from his first wife Linda. She became engaged to him in November 2009.

She has a tattoo on her left wrist of her husband's birth name, Terry. She has often been spotted alongside her husband shopping and going to the gym together by tabloid magazines.

She is the step-mother of Hulk Hogan's daughter Brooke and son Nick.

She stood by her husband Hulk Hogan's side during his lawsuit against Gawker Media for releasing a rant of his to the public.

Jennifer McDaniel Is A Member Of