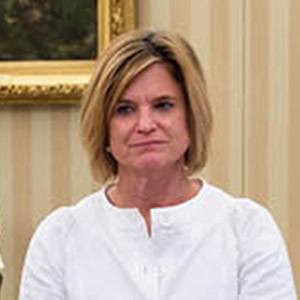 She studied at American University, and began her career working for Leon Panetta.

She wrote her first book, Dear Madam President, in 2018.

She lost her sister in 2017 to early-onset Alzheimer's.

In 2004 she was the press secretary for the John Edwards campaign.

Jennifer Palmieri Is A Member Of