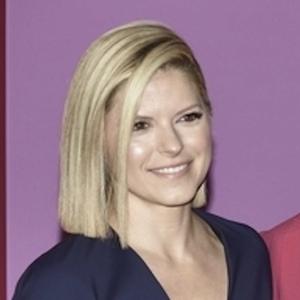 HLN correspondent who covered a variety of topics related to the economy, business, personal finance, and money. She once worked in New York for NASDAQ and the New York Stock Exchange.

She was hired by the CNN network, specifically CNNfn, in 2000; she was a regular contributor to Clark Howard's weekend show.

Her family raised her in Cranford, New Jersey, and she studied history and political science at Bryn Mawr College.

She became a recurring correspondent on Morning Express with Robin Meade in 2006.

Jennifer Westhoven Is A Member Of