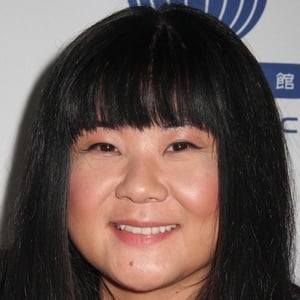 Asian comedian known for creating the Asian American comedy tour Dis/orient/ed Comedy and the 2015 Comedy Comedy Festival: A Comedy Festival. She has written a number of viral videos for BuzzFeed including "If Asians Said the Stuff White People Say" and "Ask An Asian."

She graduated with a degree in political science from Swarthmore College and has been known to feature her status as a "political asian" in many of her standup sets. She has gone on to host non-profit events for organizations like Project by Project-Los Angeles.

Her work was featured in the Alisha Gaddis book Women's Comedic Monologues that are Actually Funny. She has often been seen as a co-host on Phil Yu's Angry Asian America talk show on ISAtv.

She was born in Taiwan but raised in Southern California.

She has performed alongside fellow female Asian comedian Anna Akana and she was featured on Joan Rivers' 2013 documentary Why We Laugh: Funny Women.

Jenny Yang Is A Member Of