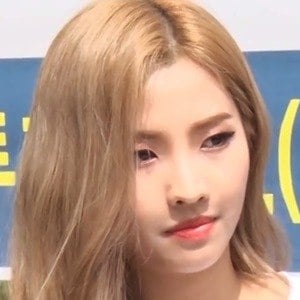 Rapper and pop singer who joined the K-pop group (G)I-DLE. She won the Popularity Award for Hallyu Hip-hop Culture Awards in 2017.

She was a trainee for Cube Entertainment and appeared on the first season of Produce 101.

She competed in the television show Unpretty Rapstar.

Her parents are Jeon Byeong-hwa and Ju Hye-kyung.

She and Jeon Ji-yoon are both pop singers who trained under Cube Entertainment.

Jeon So-yeon Is A Member Of