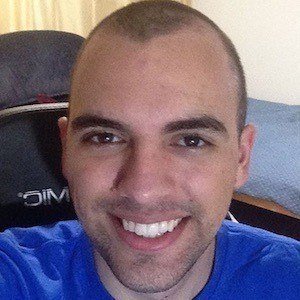 YouTube and Twitch gamer known for his historical videos posted to his Gaming Curios channel. He has accumulated more than 480,000 subscribers covering the history, mechanics, and development of League of Legends.

He'd previously studied computer science at UC Berkeley but dropped out to dedicate himself to his main passion, YouTube content creation.

The success of his main YouTube channel has spawned a second channel called Gaming Curios Community.

A native of Ottawa, he later lived in Sunnyvale California. He has an older sister.

While attending Twitch Con, he met one of his biggest inspirations, Twitch gamer Kripparrian.

Jeremy Barnard Is A Member Of