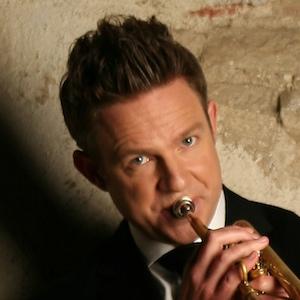 Rose to prominence through the New Orleans music scene. He is known for his vocals and trumpet playing skills as well as his unique style and mood of storytelling. He released his self-titled debut album in 1996 and has been featured in GQ magazine, People magazine, and Cosmo.

He studied and performed with members and guests of the St. Louis Symphony from a young age, which included his introduction to Jazz legend Wynton Marsalis.

He appeared on The Tonight Show with Jay Leno and The Late Show with David Letterman.

He was born in St. Louis into a family of musicians and attended the prestigious Manhattan School of Music before enrolling at the University of New Orleans where he studied under Ellis Marsalis.

He was a member of Harry Connick, Jr.'s Big Band for six years.

Jeremy Davenport Is A Member Of