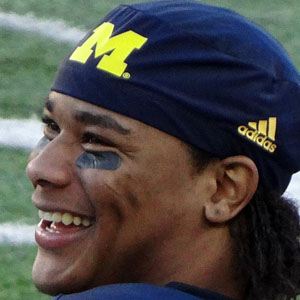 Standout wide receiver and return specialist for the Michigan Wolverines from 2010 to 2013. He set a Big 10 record with 369 yards in a single game against Indiana in 2013 and was a 7th round draft pick of the New England Patriots in 2014.

He played quarterback, running back, and safety for Apopka High School in Florida.

In 2012, he received an All-Big Ten Conference honorable mention and the following season he set the Michigan record for single-season receiving yards with 1,373.

He was born in Apopka, Florida.

He played alongside quarterback Denard Robinson at the University of Michigan.

Jeremy Gallon Is A Member Of