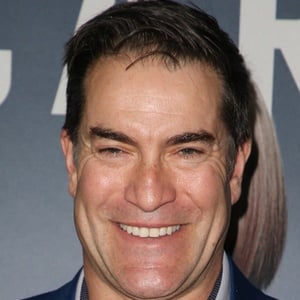 Actor who is famous for his recurring roles throughout TV, including as Mr. Sutherland on Mr. Robot and Agent Nathan Green on Netflix's House of Cards. He gained widespread renown for his various roles on the popular TV series What Would You Do? between 2009-2014.

He earned his bachelor's degree from Colorado State University. He would later garner his MFA from the University of Wisconsin, Milwaukee.

He appeared as a redneck in the 2014 film The Judge. He had guest starring roles on the TV series Limitless and The Blacklist

He has appeared frequently alongside Robin Wright on Netflix's House of Cards.

Jeremy Holm Is A Member Of

What Would You Do?
Mr. Robot
House of Cards
Colorado State University