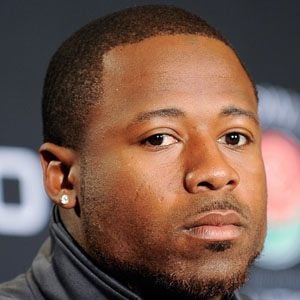 NFL slot receiver and punt returner who recorded over 1,600 yards, 128 receptions and 6 touchdowns during his first three seasons with the New York Jets. He was drafted in the fifth round by the team in 2011.

He was a First-team All-American selection as a kick returner his final season at Texas Christian University.

He ran back his first punt for a touchdown against the Buffalo Bills on September 9, 2012.

He and his wife Kristal Juarez have a son named Dae'shon.

He replaced Tim Tebow as the quarterback in the Wildcat formation during the 2012 season.

Jeremy Kerley Is A Member Of