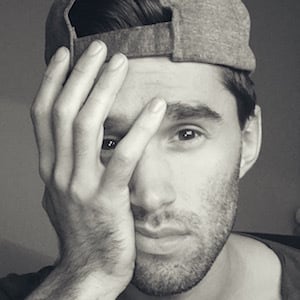 Owner and digital marketing consultant of the company Platobrand, which handles digital marketing for social influencers and small businesses. He is also known for his viral hit "Disney Love Medley." The songs featured in the medley are Tangled's "I See the Light," Tarzan's "You'll Be in My Heart," and Hercules' "Go the Distance."

He attended Rock Valley College from 2010 to 2011 before being accepted into the University of Kentucky Percussion Studio in 2011 on a performance scholarship. He earned a BA in business management from the Gatton College of Business.

He competed as a soloist on season four of The Sing-Off in 2013 alongside the acoUstiKats. He founded a charity event called University Idol as the president of the Sigma Alpha Epsilon fraternity.

He was born in Rockford, Illinois before heading to Kentucky for college. He later relocated to Los Angeles, California. In May 2016, he became engaged to longtime girlfriend Kirstin Maldonado; however, they later called things off in October 2017. In 2019, he began dating Lauren Riihimaki aka LaurDIY.

His ex-girlfriend Kirstie became bandmates with Avi Kaplan in Pentatonix.

Jeremy Lewis Is A Member Of