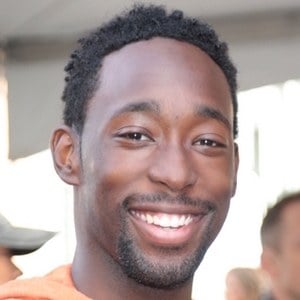 Actor who is widely known for his role on the Netflix original series Dear White People as Rashid Bakr. He debuted in the role during the series' first season in April 2017 to critical acclaim.

He found his love of acting at the age of 5. He earned his first on-screen acting credit in 2008 on the short film The Waiting Room.

He appeared as Kip in the 2016 film War Dogs alongside Jonah Hill. He previously appeared a Buford in the 2015 western horror film Bone Tomahawk.

He appeared alongside Kurt Russell in the 2015 film Bone Tomahawk.

Jeremy Tardy Is A Member Of