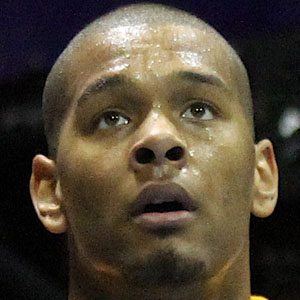 Professional basketball player best known as a member of NBA teams like the Atlanta Hawks and Golden State Warriors. He has also played overseas for teams like the Israeli team Maccabi Haifa.

He averaged 28.7 points per game as a junior at San Diego High School.

He played for the Japanese team Tokyo Apache, which was forced to dissolve following the devastating tsunami and earthquake of 2011.

He has a brother named James Tyler, Jr.

He and Shelvin Mack were both second-round picks in the 2011 NBA Draft.

Jeremy Tyler Is A Member Of