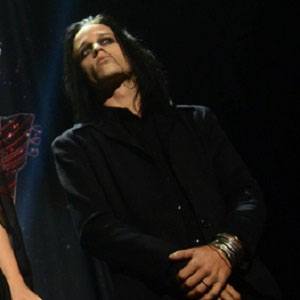 Late addition to the lineup for the American rock band New Years Day who came in in 2015 as the band's rhythm guitarist.

New Years Day was founded in 2005 and has undergone a lot of band member changes. He replaced former rhythm guitarists Mike Schoolden, Mikey "13" and Jake Jones.

He was residing in Redondo Beach when he was asked to come on board New Years Day.

He joined founding member of New Years Day Ashley Costello in the group.

Jeremy Valentyne Is A Member Of