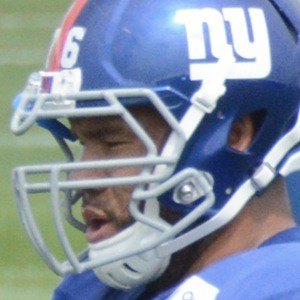 Backup defensive tackle who recorded 42 tackles in his first three seasons in the rotation as a St. Louis Ram. He made the team in 2010, despite going undrafted.

He was an All-State defensive lineman during his senior season at Lawton MacArthur High School.

He was an All-Lone Star North selection in three consecutive seasons at the University of Central Oklahoma.

His mother's name is Jeanelle.

He finished his third season as a teammate to Chris Long on the Rams in 2013.

Jermelle Cudjo Is A Member Of