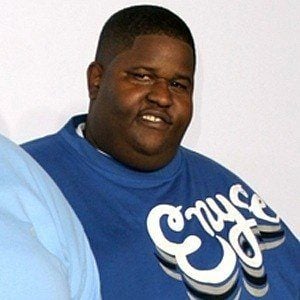 American film actor who is best known for his portrayal of Weensie in the 2003 comedy Old School. He is also recognized for his work in the film Me, Myself & Irene, which starred Jim Carrey.

He made his professional acting debut in a 1997 episode of Malcolm & Eddie.

He and his brother co-starred in the ensemble comedy The Cookout.

He is the brother of actor Jamal Mixon.

He was cast in the film Old School, which was directed by Todd Phillips.

Jerod Mixon Is A Member Of