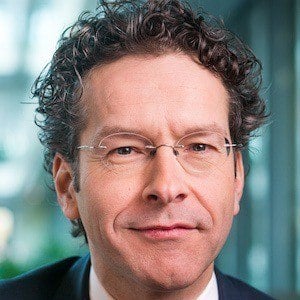 He attended Wageningen University where he studied agricultural economics. From 1985 to 1991, he was a member of the municipal council of Wageningen.

He was a member of the House of Representatives of the Netherlands from 2000 to 2012.

He has a son and a daughter with his partner. They never married. Both his father and mother worked in education as teachers.

He served as Minister of Finance under Prime Minister Mark Rutte.

Jeroen Dijsselbloem Is A Member Of