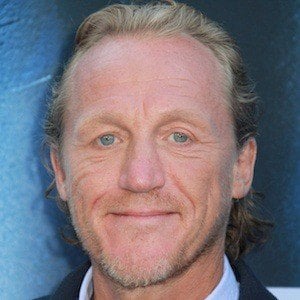 Portrays the role of Bronn in the fantasy series, Game of Thrones alongside Sean Bean.

He first appeared in the police drama, Between the Lines.

He played the role of Corporal Paddy Garvey in the ITV series, Soldier Soldier.

He has a brother named Daniel Flynn who is also an actor.

He appears in the BBC show, Ripper Street alongside Matthew MacFadyen.

Jerome Flynn Is A Member Of