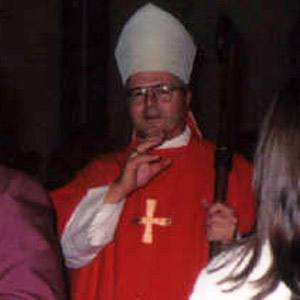 American prelate of the Catholic Church who was the ninth Archbishop of Dubuque, Iowa from 1995 to 2013.

He earned a Bachelor of Arts degree from the Conception Seminary College in 1963.

After he was ordained a priest he decided to pursue a Master's degree in in moral theology from Princeton University.

He has three brothers and four sisters.

He was appointed the Coadjutor Archbishop of Dubuque in 1994 by Pope John Paul II.

Jerome Hanus Is A Member Of