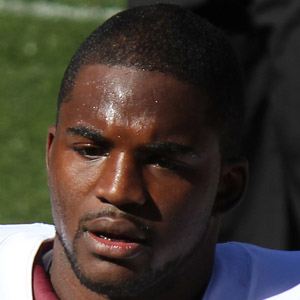 NFL cornerback who was a third round draft pick in 2010. He went on to play for the Rams, Saints, Lions, Redskins and Broncos.

He had 8 interceptions, 89 tackles and a 562 receiving yards while playing on both sides of the ball at Elizabeth High School.

He was an All-Big-East selection during his final season at the University of Florida.

He has a brother named Kion.

He was teammates with veteran cornerback DeAngelo Hall on the Redskins from 2012 to 2013.

Jerome Murphy Is A Member Of