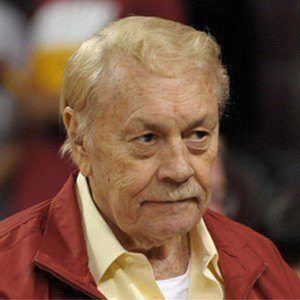 Owner of several sports teams including the Los Angeles Lakers.

He worked as a chemist for USC and was a real-estate investor.

He finished second place in the 2003 World Poker Tour Freeroll Invitational. He was inducted into the Basketball Hall of Fame in 2010.

He ran the Lakers with the help of his children, especially Jim and Jeanie. He was married to JoAnn Mueller until they divorced in 1972.

He and Mark Cuban are both well known NBA franchise owners.

Jerry Buss Is A Member Of