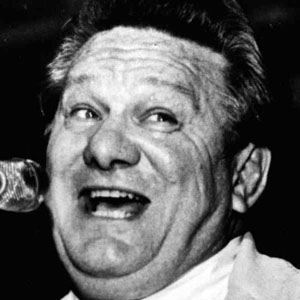 Former comedian who was dubbed the Mouth of Mississippi. His routines often revolved around his stories and upbringing in the South.

He attended Mississippi State University, where he studied agriculture and played for the football team.

He became a member of the Grand Ole Opry in 1973. He stayed with the organization until his death in 1998.

He had four children with his wife Homerline Wells Clower: Ray, Amy, Sue, and Katy.

Both he and country singer, Jeanne Pruett, were members of the Grand Ole Opry in Tennessee.

Jerry Clower Is A Member Of