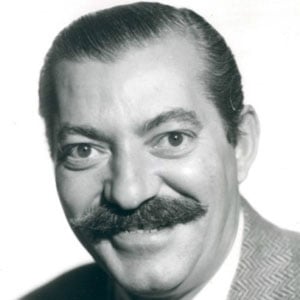 American-Italian comedian and singer who was the sidekick of Bob Hope on his radio shows and films in the 1940s and 1950s. He was known for his handlebar mustache and wide-eyed expression.

He started his career playing trombone in orchestras and local dance bands in his hometown of Boston, Massachusetts in the 1920s.

He appeared in one of the oldest known surviving kinescope recordings of a live television broadcast in 1947.

He was married to Florence Purcell from 1930 until his death in 1986 and they adopted a son, Robert.

He was known as Bob Hope's sidekick for his radio shows and films.

Jerry Colonna Is A Member Of