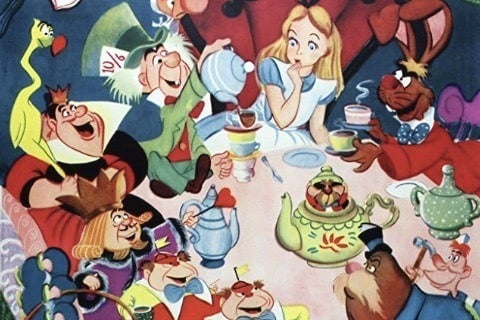 Based on Lewis Carroll's Alice books, the 13th Disney animated film tells the tale of Alice's journey to Wonderland. The film was an Oscar nominee for Best Scoring of a Musical Picture.

Walt Disney originally attempted to adapt Alice in the 1930s, but was unsuccessful, He revived the idea in the 1940s and it was originally intended to be a live-action/animated film. Tim Burton made his own version of the film in 2010, also called Alice in Wonderland.