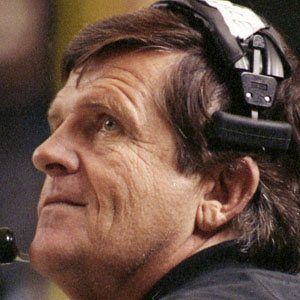 Coach of the Houston Oilers and Atlanta Falcons who was also a NASCAR driver.

He took over a struggling Oilers team and led them through their 'House of Pain' years.

His Oilers were considered a dirty team, but the style won many games.

His parents raised him in Perrysburg, Ohio.

He developed the talent of Oilers quarterback Warren Moon, turning him into one of the NFL's greatest players.

Jerry Glanville Is A Member Of