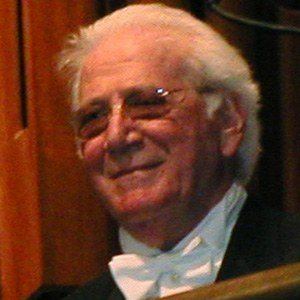 Prolific composer and conductor who received an Oscar for his work on The Omen in 1976. His other scores include soundtracks for The Mummy, which won a Saturn Award, and Mulan, which was nominated for a Golden Globe Award.

He started playing the piano at age six, but did not take much of an interest in it until age 11.

He was raised by his parents Tessa and Morris Goldsmith. He and his oldest son, Joel, collaborated on the score for Star Trek: First Contact and The Untouchables, and his daughter attended high school with future Star Trek II: The Wrath of Khan, Star Trek III: The Search for Spock, and Titanic composer James Horner.

He collaborated with several legendary directors, including Robert Wise, Otto Preminger, Howard Hawks, and Ridley Scott. He became known, however, for his extensive and varied work on Planet of the Apes, Patton, Papillon, and The Boys from Brazil with director Franklin J. Schaffner.

Jerry Goldsmith Is A Member Of