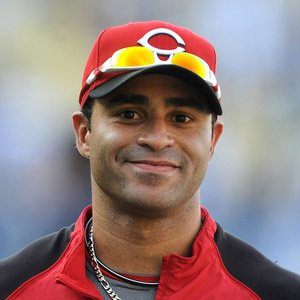 MLB utility player who became known for his tenures with the Baltimore Orioles and the Los Angeles Dodgers.

He attended Southern Illinois University for a short period of time, during which he was named the 1996 Missouri Valley Conference Freshman of the Year.

He was inducted into the Southern Illinois Baseball Hall of Fame.

He was born into a baseball family: his grandfather Sam Hairston, his father Jerry Hairston Sr., and his brother Scott Hairston all played in the major leagues.

He and Dee Gordon were two of five sons of former MLB players in the 2012 Dodgers lineup.

Jerry Hairston Is A Member Of