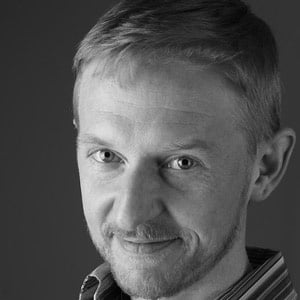 Performer who voiced the role of Jimmy Kudo in Case Closed, a popular Japanese manga series. His other voice acting credits include Kyo Sohma in Fruits Basket and Barry the Chopper in Fullmetal Alchemist.

He began his career by working with FUNimation Entertainment.

In between voice acting gigs, he worked as a singer.

He was born in Oklahoma and raised in Arkansas.

He and Dan Green both worked as voice actors for anime series.

Jerry Jewell Is A Member Of