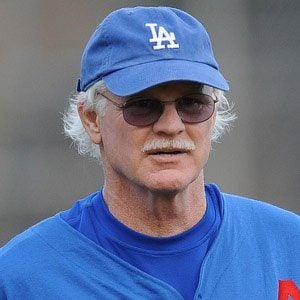 Former MLB pitcher who won 220 games during his 22-year career.

He played for Ritenour High School in Missouri before being drafted by the St. Louis Cardinals in 1967.

He threw a no-hitter against the San Francisco Giants in 1980.

He never won the Cy Young Award, but in 1980 he finished second in the balloting to Hall of Fame southpaw Steve Carlton.

Jerry Reuss Is A Member Of