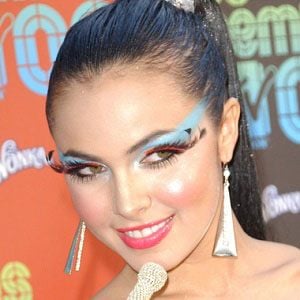 Colombian actress and model best known to television audiences for her roles on telenovelas, including Maria Reyes on Los Roldan and Regina Corona on Código Postal. She is also a singer known for pop songs like "Celos" and "Hocus Pocus."

She joined the singing group Notas y Colores at age 12.

She came in second in the Miss Miercoles contest.

She was born in Barranquilla, Colombia and grew up in Carmen de Bolivar.

She and Daniel Arenas have both starred on Los Reyes.

Jery Sandoval Is A Member Of