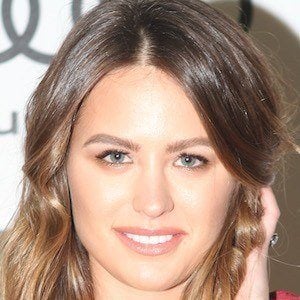 Australian model and television presenter who was crowned Miss Australia 2010 and was later named the second runner-up at Miss Universe 2010. In September of that year, she became an entertainment and fashion reporter for The Morning Show on the Seven Network.

She was raised on the Gold Coast and attended Aquinas College.

She filled in for host Maude Garrett on the Hot30 Countdown radio show for one week in January 2012.

She got engaged to Australian rules footballer Lance Franklin in 2015. They got married in November of 2016. In February 2020, they welcomed a daughter named Tullulah.

She and Tegan Martin have both represented Australia at the Miss Universe pageant.

Jesinta Campbell Is A Member Of