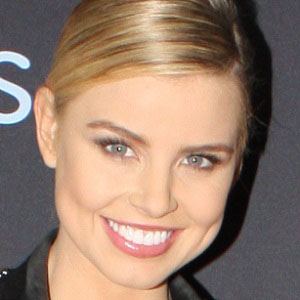 She grew up in Jewells, Newcastle and attended St. Mary's High School in Gateshead. She later worked full-time as a hairdressing apprentice at Pandora's Hair Witchery.

She appeared as a contestant on Australia's Next Top Model in 2011.

Her parents' names are Cherie and Mick. She has dated Australian male model Angus Hood.

She and Laura Dundovic have both been crowned Miss Universe Australia.

Tegan Martin Is A Member Of