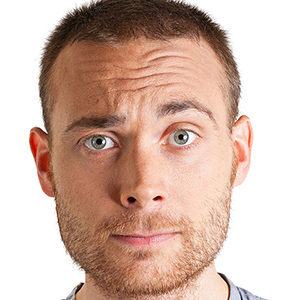 Swedish stand-up comedian who is also known for being a radio personality. He also shares humorous content, photos of his live events, and a variety of other lifestyle photos to his over 80,000 Instagram followers.

Prior to his work in comedy, he was a regular feature on the radio show Pang Prego on Sveriges Radio P3. He then began his career in stand-up in 2006.

In 2010 he won the award for best newcomer at the Swedish Stand-Up Awards.

He was born and raised in Veberöd, Skåne County, Sweden and later moved to Malmo. He then moved to Stockholm to pursue a career in stand-up.

Jesper Ronndahl Is A Member Of