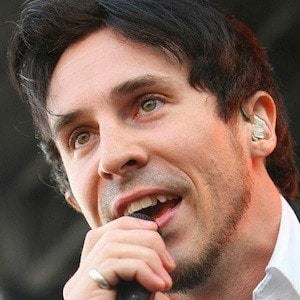 Lead vocalist of the Knoxville, Tennessee born rock band 10 Years. The band has released more than half a dozen albums since it formed in 2001 and has toured with the likes of groups such as Linkin Park, Armor for Sleep, and Breaking Benjamin.

He joined 10 Years in 2002 after the band's former vocalist Mike Underdown left to pursue a career in acting. He'd grown up singing in his church choir but didn't find interest in rock music until he was introduced to artists like Nirvana and Tool.

He and the rest of 10 Years shared the stage on Shinedown's Carnival of Madness tour with bands like Chevelle and Puddle of Mudd.

Jesse Hasek Is A Member Of