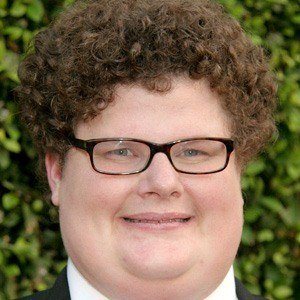 Perhaps most notable for his Super Bowl commercial appearance in 2013 when he French kissed supermodel Bar Refaeli. He has also been an extra for several films and shows including a role as a recurring extra on NBC's Chuck.

His first credited role was as Petey in American Pie 2. However, he did not speak in that role.

He has been in notable films such as Spider-Man, Freaky Friday, The Social Network, and the third installment of Transformers in small roles.

He was born in Boston, Massachusetts and later moved to Austin, Texas.

He has guest starred in Larry David's HBO series Curb Your Enthusiasm.

Jesse Heiman Is A Member Of