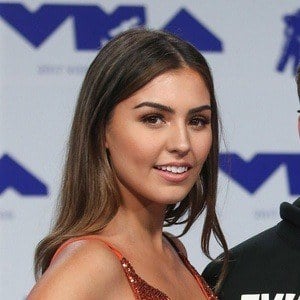 Social media sensation who gained her massive Instagram following from her relationship with rapper Robert Bryson Hall II, otherwise known as Logic. She released her Electric EP in 2017.

She has been featured on some of Logic's tracks as a background vocalist.

She and Robert were married in October of 2015 and later separated in March of 2018.

In December 2015, she posted a photo from backstage at NBC with SNL comedians Pete Davidson and Jay Pharaoh.

Jessica Andrea Is A Member Of