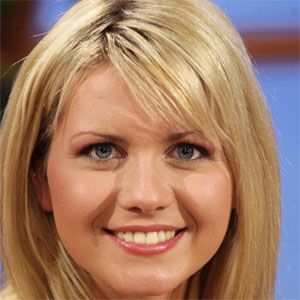 Singer from Germany who gained notoriety as a member of the group Novaspace, who produced high-charting singles like "Time After Time". She is also an actress known for her work on the series "Schloss Einstein".

She got her start as a singer in the band JessVaness, which she joined in 1996.

Jessica Boehrs Is A Member Of