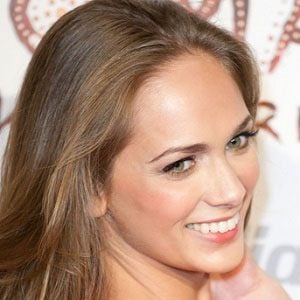 American model who became a Victoria's Secret Angel and was featured in Sports Illustrated's swimsuit issue in 2015. She is also an occasional actress, having appeared in films like Pain & Gain, Doctor Bello and Horrible Bosses 2.

She was born in Miami, Florida and began attending casting calls immediately after graduating from Cypress Lake High School in Fort Myers.

She appeared in a parody of Robin Thicke's "Blurred Lines" music video on The Jimmy Kimmel Show.

Her mother is Cuban and her father is of Dutch and English descent.

She appeared alongside NFL safety Troy Polamalu in a commercial for Head & Shoulders.

Jessica Dykstra Is A Member Of