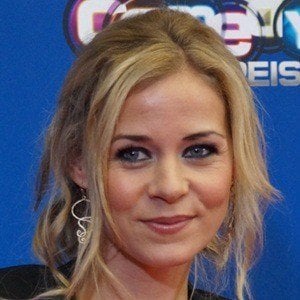 Television actress who is best recognized for her work on the TV shows The Mountain Rescuers and The Teacher. She also appeared on 180 episodes of Lena - Love of My Life.

She worked as a model and hostess early in her career and was discovered at the 2005 YOU European youth fair.

She made her television debut on Marie Brand - The Charm of Evil in 2008.

She began dating Daniel Fehlow in 2012.

She and Ian Harding were both born in Germany.

Jessica Ginkel Is A Member Of