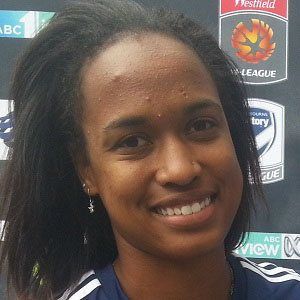 Forward who made her professional debut in 2010 with Chicago Red Stars and joined Melbourne Victory FC in 2012.

She competed in basketball and track and field at Cactus High School in Arizona.

She played college soccer for the North Carolina Tar Heels.

She was born in Phoenix, Arizona.

She and defender Kate Markgraf were teammate on the Chicago Red Stars in 2010.

Jessica McDonald Is A Member Of