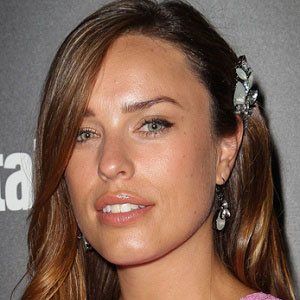 Australian actress who first gained major attention through her role as Sammy Rafter on the Seven Network series Packed to the Rafters. She has also appeared on the big screen in films like The Loved Ones and The Vow.

She was born in Sydney, Australia and made her screen acting debut on the soap opera Home and Away.

She competed on the ninth season of Dancing with the Stars, where she was partnered with Stefano Olivieri.

She co-starred with Kevin Daniels on the comedy series Sirens from 2014 to 2015.

The Meg
Mortal Kombat (2021)
Battle of the Sexes
More