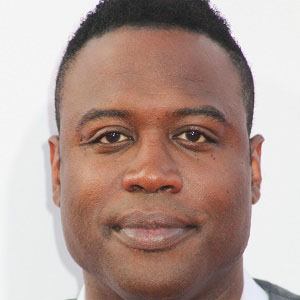 Perhaps most well known for his recurring role as Longinus on the ABC series Modern Family, Daniels is also notable for his portrayal of Hank in over twenty episodes of the USA Network comedy series Sirens.

Before launching his television acting career with appearances in episodes of Daria (as a voice actor) and Mad About You, he trained at the Juilliard School in New York City.

He portrayed NBA star Magic Johnson in the 2012 Broadway production of Magic/Bird.

A native of San Diego, California, he later lived and worked in New York and Los Angeles.

He appeared with Joaquin Phoenix in the 2004 feature film Ladder 49.