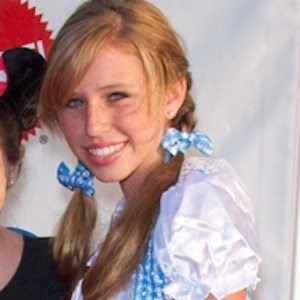 Known as the elder sister of Disney star and movie actress Ryan Newman.

She was born in southern California.

She can be found as jessxnew on Instagram and jessicamacy on Snapchat.

She, Ryan and their mother Jody attended Ryan's Glitz and Glam Sweet 16 birthday party. Her father's name is Rick.

Jessica Newman Is A Member Of