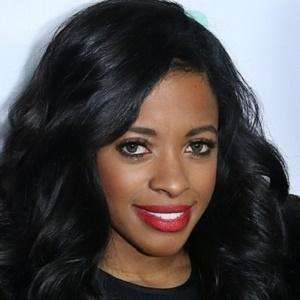 Television personality and stylist who first gained fame on the VH1 reality show Real Chance of Love. She has since become an in-demand stylist, appearing on shows like Access Hollywood Live and The Millionaire Matchmaker and hosting her own web series, Style It Rich. Her reality fame has garnered her over 420,000 followers on her Instagram account.

She was voted Best Dressed in high school.

She has dressed a number of big-name celebrities, including Christina Milian and Khloe Kardashian. In 2019, eh announced that her collection would be available at the store Macy's.

Her mother worked two jobs when Jessica was a child.

She competed for the affections of brothers Kamal Givens and Ahmad Givens on Real Chance of Love.

Jessica Rich Is A Member Of